A cosmetics company was releasing their new range of skincare products for men and wanted to create buzz and excitement around the launch. To do so, they wanted to immerse a selected group of social media influencers into the cosmetics brand, to use their profile to promote the new products. The end-goal was to increase engagement and followers on the company’s social media channels.

The company tasked CWT M&E with creating an unforgettable experience in the Swiss Alps for the chosen vloggers. Capitalizing on the location, they expected an incredible itinerary that would inspire the vloggers to post organically across social media channels. Three of the four vloggers had attended the previous year’s launch, so it was also important to offer different activities and experiences this time.

Rather than return to the French Alps, CWT M&E took the group to the prestigious ski resort of Verbier in Switzerland. The award-winning five-star location then set the tone for a luxurious and modern two-night stay.

The action-packed itinerary was full of thrills and surprises. The fun began the moment their plane touched down, with the party taken by helicopter directly to the top of the mountain for skiing. The action didn’t stop there; they were also treated to paragliding, professional snowboard lessons and an evening guided sled run.

The trip was also about more than memorable activities – there was a product to launch. Crucial to the success of the trip was ensuring the company had the time to explain the new ranges and immerse the influencers in the brand. To do this, CWT M&E booked a 5-star hotel’s most exclusive suite and worked with a creative designer to bring the space to life in-line with the product branding.

The influencers were encouraged to explore the products while relaxing in the comfortable suite, which included a balcony with candles and rugs where they could sit to watch the sunset. Each product line had its own hashtag that the influencers could use in their posts. CWT M&E arranged for film footage and stills to be taken that could be used after the event on the client’s social media and YouTube channel.

The hoped-for explosion in social media coverage was achieved, with the event delivering outstanding results. Throughout the trip each guest posted stories on Instagram and tagged the cosmetics company, driving their audiences to the brand. The influencers’ vlogs of the experience also drew thousands of views on YouTube, with the engagement and followers of the cosmetics company’s social media channels increasing in response to this. 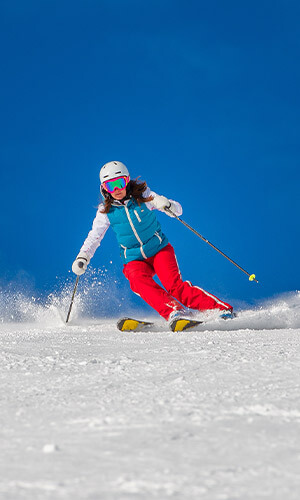 The company’s press officer said: “What a fantastic job done on the ski trip. It went so well, and the team was such a dream to work with.”

Bringing you a new limitless era to meetings and events